Why Are We Still Using Gasoline? 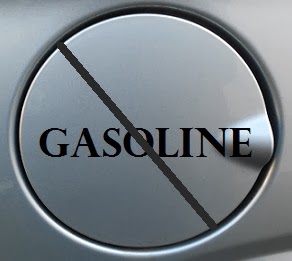 Why are we still using gasoline?
The smell in the air is so unclean.
Each day more people are getting ill.
The fact we still use it...is so unreal.

Why are we still using gasoline?
Smog in the air a dirty scene.
Every day we breathe pollution.
They like to pretend there's no solution.

Why are we still using gasoline?
What's going on has been foreseen.
Breathing this poison every day.
This is the price that we all pay.

Why are we still using gasoline?
You know we could gradually go green.
Phase out the cars that contaminate.
Just do it now--it's not too late.
Posted by Katrina Cureton at 12:13 PM 0 comments

I love the Box Tops for Education program because it's like free money for your
child's school, but the Box Tops keep getting smaller and smaller.

Sometimes I see the front of a package that says it has a Box Top on it and I have
to search for it because it's so tiny. There have even been times that I knew there
was a Box Top on the package and I accidentally ripped it because I didn't see it.

When you do see a Box Top please cut it out and give it to your child's school. If
you don't have a child, cut the Box Top out and give it to someone that does. Even
though Box Tops are small they make a big difference to a school in need. 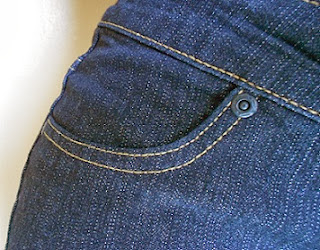 This isn't the first time I bought jeans with fake pockets, but it's never on purpose.
When I go shopping for jeans whether my pockets are real or not just isn't on my
mind. I'm more worried about if the jeans are going to be too tight, or are they go-
ing to slowly slip down on me as the day goes on. But once again, I got tricked by
the cute, perfect and very fake pockets.

Jeans you seemed to fit just right.
You weren't to loose.
You weren't too tight.
When I wore you I realized...
What looked like pockets were just a lie.
I buy my jeans by look and feel.
The jean pockets seemed so real.
I'll know next time I go and shop,
I won't forget to look and stop
Are my pockets real or fake?
Clothes manufacturer you are are snake. 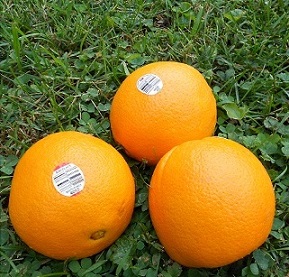 I went to the grocery store and I wanted to buy some peaches or plums, but they
didn't look very fresh. Then I saw these big, fat, juicy looking navel oranges.

When I got home I decided an orange and a piece of cheese would taste really
good. As I was rinsing one of my pretty oranges I realized my orange wasn't from
America...It was from South Africa!

I usually read the labels on fruits and vegetables before I buy them, but this time
I didn't. Maybe I'm paranoid, but I feel safer eating produce that has been grown
in my country. I don't know the regulations for food in Africa, so I decided not to
eat any of the oranges. Do you think I should've eaten the oranges? 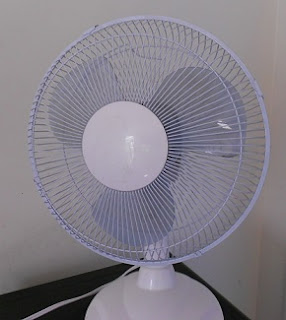 Posted by Katrina Cureton at 10:39 AM 0 comments 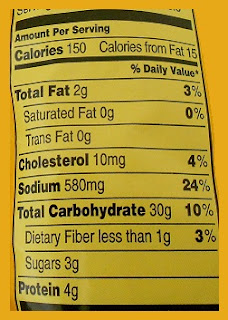 When I read the nutrition facts I'm usually looking at three parts of the label:
trans fat, sugar, and sodium.

One of the biggest surprises to me when it comes to trans fat is some ice cream has
trans fat. I used to tell myself that I was getting calcium when I was eating ice cream,
but there isn't much calcium in ice cream either. Some ice cream isn't even ice cream
sometimes it's a dairy dessert. I think this is code for fake ice cream because it never
seems to be truly frozen.

When it comes to sodium and sugar some of these companies are really slick. I've
seen products and the label says it's 'low sodium' and then it's high in sugar. Then
it could be the same product, but a different version and it will say 'low sugar' and
that product is full of salt.

Instead of reading only the front of a product be sure you read the nutrition facts
and the ingredients too.

Is Your Refrigerator Safe?

For years I didn't have a thermometer in my refrigerator, but last year I decided to
purchase one just to be safe. According to the USDA.gov website, 40 degrees or
below is the safest temperature to keep cold foods cold.

Although the freezer in our last refrigerator was still working the refrigerated section
had stopped working properly. I noticed the temperature was up to 45 degrees and
I assumed it was because I had put some warm gallons of water in there, but I was
wrong. The next day it was still 45 degrees, so I knew I was gonna need a new one.

If you don't have a thermometer in your refrigerator you need to get one because it
could save you from a foodborne illness. You can buy a thermometer especially
made for a refrigerator and it's the only way to know if the temperature is safe. 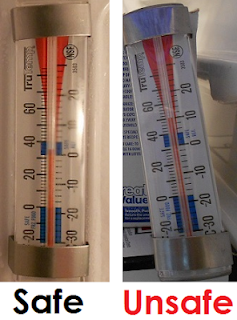 Posted by Katrina Cureton at 9:02 AM 0 comments 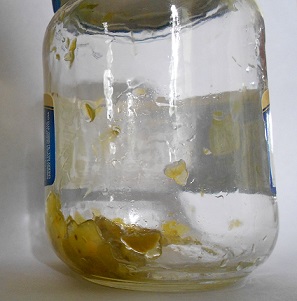 The other day my husband was looking for ketchup. We had an unopened ketchup,
and an opened one with a little left in the container. Guess which ketchup he opened?
He opened the brand new unopened ketchup. He didn't want to bother with the al-
ready opened one, because he had to rinse out the container and put it in the recy-
cling bin.

Since I'm talking about ketchup, let me tell you that Heinz® is my favorite ketchup.
It's the only one I'll buy. 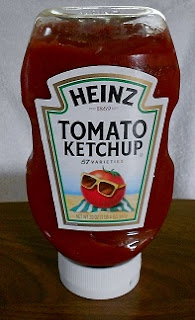 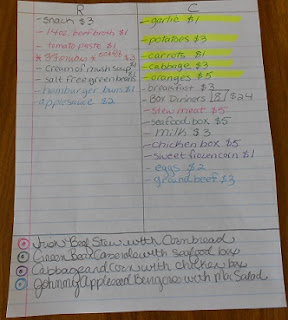 I like having a grocery list because
it helps me stick to my budget, and
I'll  know what my meals will be
for the week. If you've never tried
to write a grocery list this is how I
write mine.

1. Figure out your budget.

2. Decide what recipes you want
to cook for the week.

3. Write down all the ingredients
you need to buy.

4. Write down any boxed food or
snacks that you want to buy.

I have my list divided into two sides. I have a room temperature side and a cold side.
The fruits and vegetables are highlighted in yellow, so I remember to get them first.
Next, I get all of the room temperature items and then the cold or frozen items last. I
color-code my recipe ingredients to the recipe to make sure I don't forget any ingre-
dients. Any item that is not included in a recipe I write in pencil or black ink. Don't
forget to write a price beside each item, so you can stick to your budget.

Posted by Katrina Cureton at 9:29 AM 0 comments

Don't Throw It Away 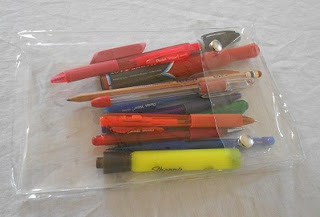 This pen and pencil holder originally contained a couple of pillow cases. 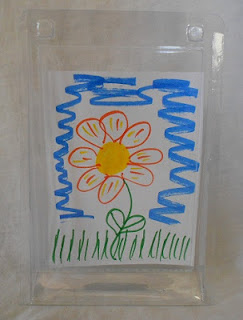 This picture frame originally contained a sleep cap. The plastic holder could
also easily display a recipe or an important note. 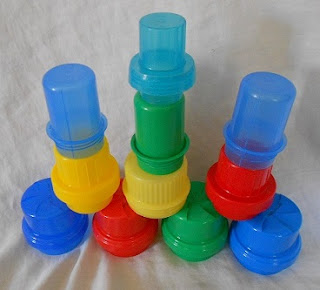 Laundry detergent caps make good stacking toys. You could also teach
a child his colors with these, or use them to cut out circles in playdough.

If you think something can be used again...
don't throw it away.

Cup In a Shrub 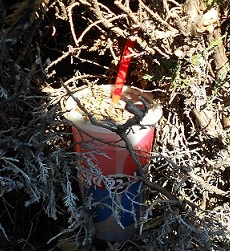 Cup In a Shrub

Cup in a shrub
bug on a rug.
He was so dumb.
He's gross as a grub.
He litters the Earth
been evil since birth.
Cup in a shrub
he'd been to the pub.
Did he over drink,
or does he just stink?
He isn't quite right
wish he'd see the light.
Cup in a shrub
it's really a flub.
People like him
make our world look dim.

Genetic manipulation of DNA,
you're about to have a genetically modified day.
Have you noticed that your plants will not root?
The flower makers know this; they don't give a hoot.
Fruits and vegetables designed to withstand the cold,
the flavor diminished and no longer bold.
Growth hormones added to your food supply.
Ask them if it harms you...they'll simply lie.
The effects on human health and the environment are not known.
Why don't they leave genetic modification alone?
If you're eating genetically modified food
I guess you're genetically modified too.

Posted by Katrina Cureton at 11:52 AM 0 comments 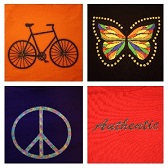